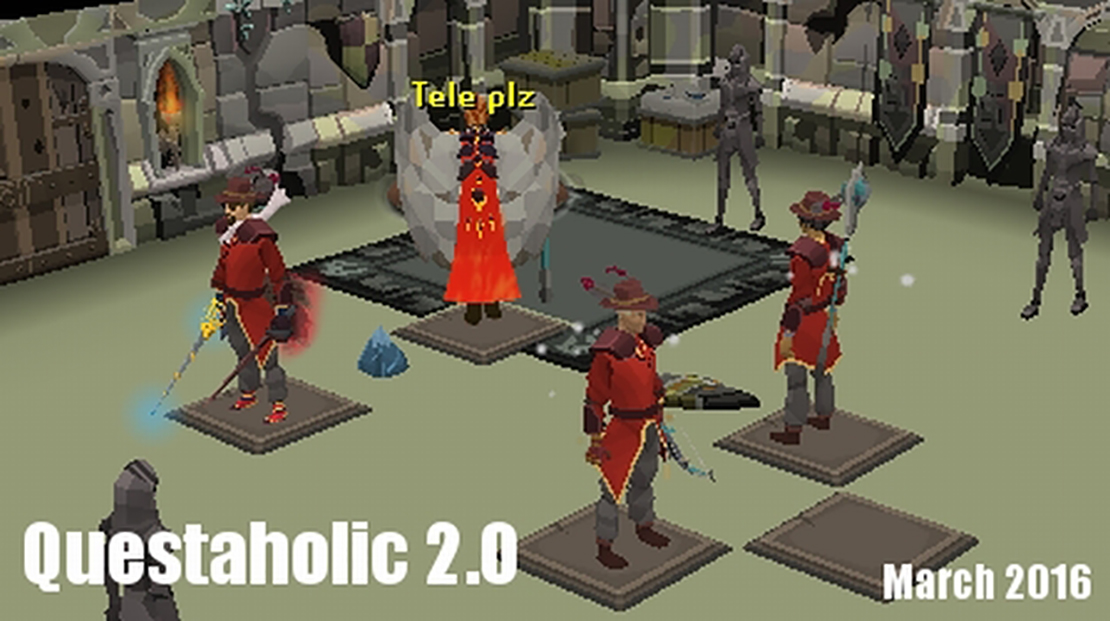 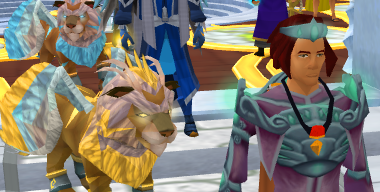 After playing RS for more than 10 years, what is you favorite year for playing?

Honestly, every year is my favourite, cause there's always all sorts of new awesome stuff to do, but I think my favourite year would be 2014-2016. Mainly because I managed to keep membership purely through bonds, and winning premier for 2015. 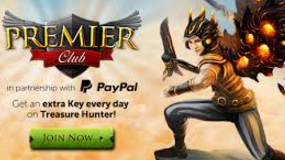 Content wise was all the awesome quests, elf city, invention etc. Skills wise was because that was when I really transitioned from "super noob" to "okay noob" so I could do tons more things, which made the game so much more fun for me.

Did you ever leave the game for an extended period? Is this because of how the game was running, or because of your rl situation?

Um, I don't think I cold-left it, per say, but I think the lowest point of my RS life was around 2010-2012. During that period I was F2P and bonds didn't exist, so life was extremely mundane and usually all I did was log in, do my daily spin when that was a thing, then log out, because there was really no motivation whatsoever to play. 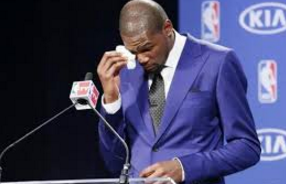 Things started to pick up when EOC hit because then combat got a lot more fun for me, then bonds happened. 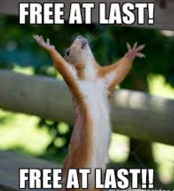 So to answer the question, mainly it was because the game just got so stale, but also the fact that I didn't have membership because Asian parents. 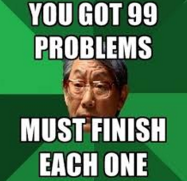 We know you are a quester, what else do you mostly do when in game?

Well usually I just like to chill around, sometimes do some skilling here and there, and sometimes I'll want to do clues in hopes of dyes, and when I feel really active I'll go bossing and try to make lots of money to pay off my bonds expenses and get rich. 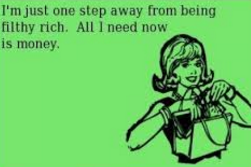 We play at different time zones, so show us your favorite RS outfit.

Right now because I dropped a bomb of money on the grotesque outfit it's that till I upgrade it, but otherwise it's full trahaearn exoskeleton with lava gloves, boots and my 10 year veteran cape. 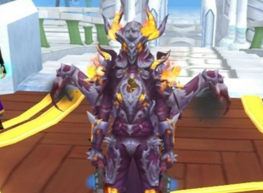 Are you willing to provide a rl photo for the magazine?

(Could not find suitable one, but agreed to a screenshot)

Why did you join clan quest in the first place?

Well the old clan I was in was basically dead, so I followed the leader(Irene) here. I also was a fan of quests so that was a nice fit. 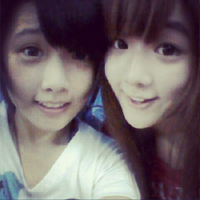 (Stealing a Doug Walker question) What's one of the most difficult moments in life you've encountered, and how did you pull through it?

Hmm that's a tough one. I guess my O levels was one of the tougher parts of my life, because I practically did nothing to prepare for it and I was still going full power on RS. As for how I pulled through it... I just winged it really. [size=85*How anticlimactic...}} 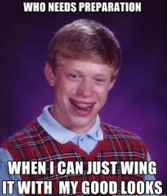 What is your favourite movie and favourite TV show?

I honestly haven't watched a movie in like... 1+ year and haven't properly watched a TV show in 3+ years, but I'd say my favourite movie would have been something along the lines of Iron Man, at least that's all I really remember. As for TV shows, I've forgotten basically all of them.

What does your ideal type of day look like?

Well since right now I don't have school yet it's gonna be hard to guess but it should look something like this:

I'm not a very active person, you can guess. 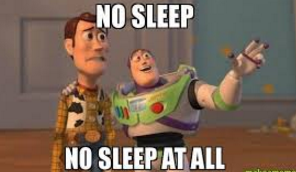 Is there someone (could be a well-known or regular person) who inspires you in any way?

Well I guess my mother inspires me, but not in the way you might expect. My mother has a pretty bad personality, not that she's violent or anything, but she loves to splurge on herself and be extremely selfish and stingy even though she's very well-to-do.

Plus the only reason she donates anything is for the tax deduction. So she inspires me not to follow in her footsteps, and instead be generous with what I have and give for the right reasons.

What do you do beside RS? Sport, play music?

Well I'm not a very outdoor/outgoing person so usually if I'm not playing RS I'll probably be on the internet somewhere, maybe listening to some music, rarely go out with friends/myself/family. Although, if opportunity presents itself, I do like to play badminton. 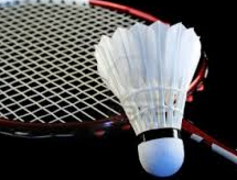 Do you have any RL pets?

2 Dogs! Quite appropriate I guess because both my parents are vets, which also means free healthcare for them :D 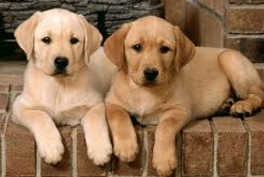 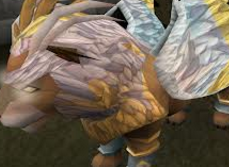 Have you ever set off to mage a boss and forgotten your runes? If yes , how many times?

Is Xenon your favourite noble gas? If not, which one is? 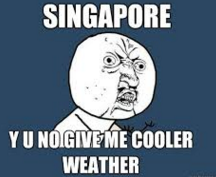 It's nice if you don't be one of those people who spam like/share/comment on everything on your newsfeed. For me personally because I'm friends with lots of my teachers they usually tend to share interesting news articles which is always a good read when I'm bored. Just rule of thumb don't bother clicking if it's not a reliable website.

What's the number one thing you would like to see improved upon in RuneScape? It can be a city, quest line, skill, anything.

I really want to see the midgame be improved upon, since I was stuck there for the longest of times and it was SO boring, especially in F2P.

Other than that, I really want to see more quest lines being finished, I don't really care which, there's just so many unfinished quest lines and it bothers me.

Why do you join clan quest and not a SG based clan?

Well I didn't really know SG based clans were very much of a thing, and I don't think I'd like it there anyway, having people all from the same place doesn't exactly sound very fun to me.

Do you have any in game or IRL goals?

There's always maxing... But as for active goals, honestly it's really just get 10m every 2 weeks so that my membership doesn't run out. I'm going to try to see if I can get ~480m+++ this year though so I can buy 48 bonds to have my membership last through this year and buy premier club for 2017 with bonds.

My most current goal would probably be getting 96 summoning from 92 during BXPW though, which by the time this is posted you'll know the results of that!

As for IRL goals? Get good grades I guess, like any Asian would dream of. I really do want to do well in the course I'm going to though.

Why do you dislike anime?

My brother has been transformed from an almost-normal person to the stereotypical weeb thanks to anime, so yeah. Basically everything that he can customise, play, read or do is anime related now. 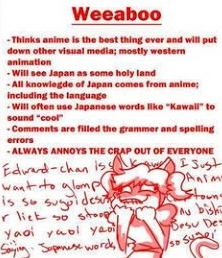 As a kid, what do you want to be when you are older?

As a kid, I really wanted to be an inventor. Now, I can. Thanks RS :P 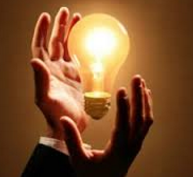 What course do you want to study/ are you studying in the near future?

I'm going to study a course which just goes by the name Information Technology. I joined it because one of the specialisations was Games Programming, which we get to choose after our first semester/year I think. So yeah, I'll be studying programming.

Hype bois. But then again that's every year but Sliske's Endgame tho.

Why is your name "xenon ray?" Where does it come from?

Do you play any sports? 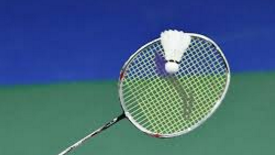 I'm pretty sure the last time I took my blood pressure was more than half my life ago, so I don't remember and have no idea what it means, but I'm going to assume that because I'm a healthy male adolescent, it's somewhere in the normal range.

How often do you brush your teeth? 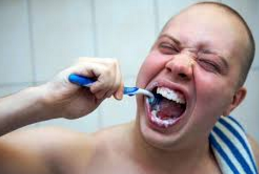 What tooth paste do you use? 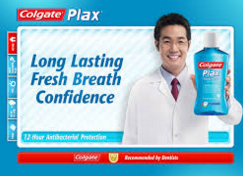 Who is your favorite athlete?

I don't pay attention to sports, so I don't have a favourite athlete. 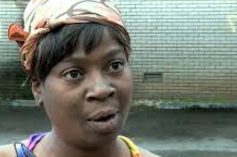 I don't really care for clothes, as long as they fit me and don't make me look like a complete fool and is appropriate and is decently comfortable I'll get it. 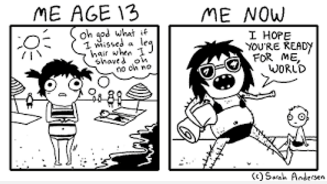 What kind of shoes do you like to wear?

Well currently my only pair of shoes is from Reebok, so yeah, that I guess.

There we have it. Another month down. Thank you all for the questions. Thank you Brandon for the fast response.

72 hours of pure gains. Here is our top 10. Congratulations to those who achieved their targets. 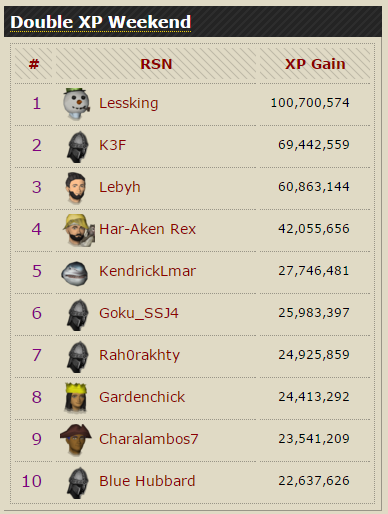 We return this month to a RS3/ OSRS RSMV. The first ever made, my inspiration. This is High of 75 by Relient K, done by Rsmv2you, from Mining Golds. He was the guy who inspired me to get a signature look which can work on both RS3 and OSRS. He's known for his great camera movements. Can't tell if it's Orb of Oculus or just great panning. I reckon it's both, he controls the orb with an alternate account. 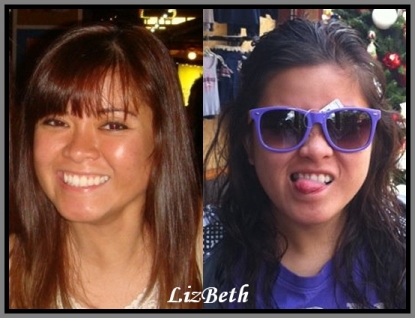 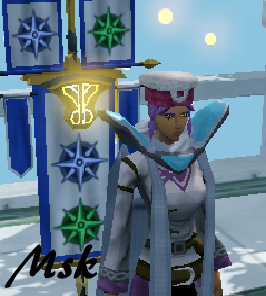 When I first joined Clan Quest, I did not expect to meet such wonderful people. Since day 1, you both never fail to make me feel welcome. Don't be a stranger!