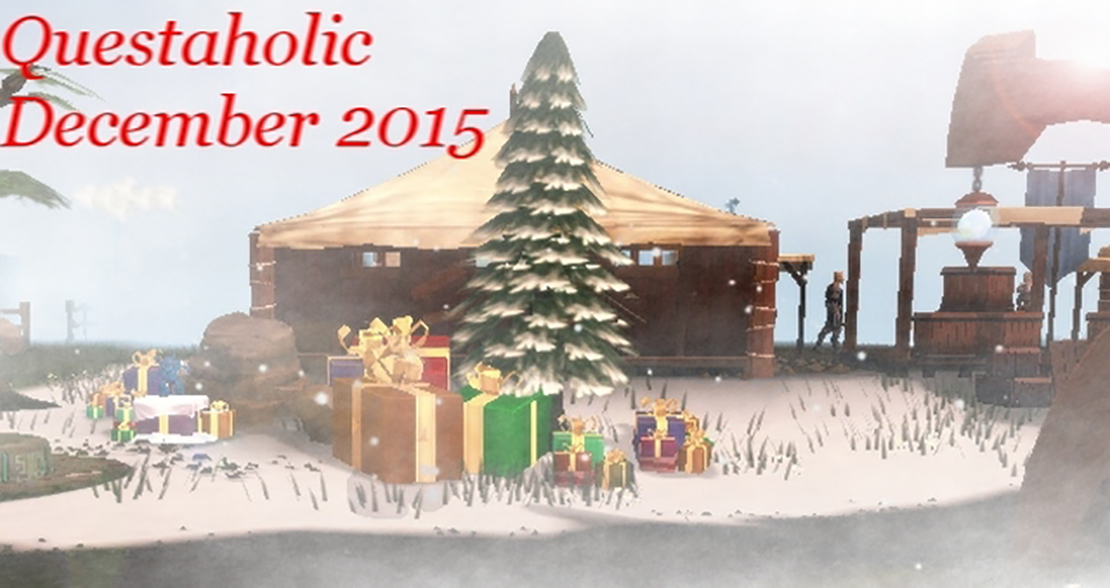 Hello readers old and new, welcome to another month of interviews. Today we have Kfoster from the USA, recommended by Gardenchick. Having been with us for more than 1 year, he's one of the emeritus council. Here's a short personal note from him.

Thank you for the spotlight in this month's magazine. Honestly, I'd never seen this section of the offsite, until I was asked to do this. I've really enjoyed reading back through some of them. Thanks for all your effort putting these together each month. And thank you to all those that asked questions. I hope my answers give you a glimpse into who K3F is :-) Happy Scaping! 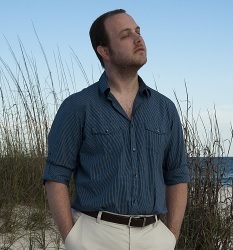 How did you get into Runescape?

Originally, I'd seen some friends in high school playing a game running around fighting each other. We played for a few weeks during the lulls in our programming class. Later, bored in college, I stumbled back upon RS and started this account. 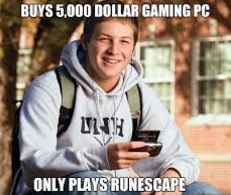 How did you find out about CQ, what attracted you here, why do you stay?

For the vast majority of my RS existence, I'd always played it as a solo game, usually listening to music or something while skilling or pvming.

One day, training div in Canafis a guy, Draz, was chatting publicly and I didn't want to be rude and ignore him, so I responded and we talked for a bit. He invited me to join the clan, my first clan. Everyone's been helpful and friendly, and that's what keeps me around.

What is your favourite skill, minigame and wearable item and why you like it.

Skill: Aside from combat, which is what drew me to the game originally.
Minigame: Treasure Hunter is the only minigame that matters, amirite? But honestly, I really liked the challenge of endurance dominion tower. It was one of the more grindy completions tasks, but it was pretty enjoyable. 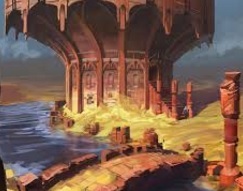 Wearable: Max / Comp cape. I like the ability to design the color schema to give a bit of uniqueness to my character. 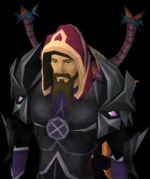 Is there a set of in game clothes you always wear?

For the longest time, I was wearing the Citharede Robes because it had a bit of a assassin/druid look. Recently I've moved to the cosmetic Aurora armor that I got with the membership package. 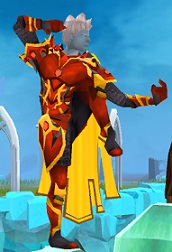 Do you have a "favourite" Runescape player/ Jagex mod, if yes, why?

Zezima. He was maxing before it was cool ;-) 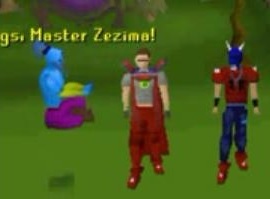 What are your irl and in game goals?

In game, I want to recomp, but I keep putting it off because of the looming invention skill release.

Irl, so many things. I'm getting to be a bit of a DIYer fixing up the house. Built a dry erase board for my home office, and next on the list is a new desk. Wanting to learn a few culinary skills, next on the list is smoking a brisket. At work, I'm trying to become a bit more proficient in Ruby on Rails and hopefully develop our over version of some software that we spend about a quarter of a million dollars on annually.

What do you do for leisure, besides Runescape?

I'm enjoying all the comic book TV shows out there right now. DIY projects as they come up. But really, Runescape is my relax time. 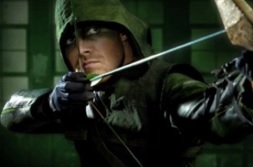 What encouraged you to max and get almost level 120 defence?

Maxing was the goal I started with. I'd played so long when there really wasn't much "end game" pvm, which didn't bother me. Working towards 99s was just always the driving force for me. Only once rs3 did the process really speed up and become a reality though.

I'm not one to complain much as I've appreciated just about every update put out. But probably my least favorite has been raids, but I'm just bitter about losing completionist. I've never been much of a group PvMer, so RotS and Vorago have never really interested me. 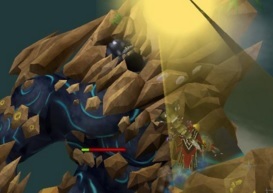 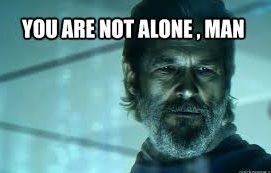 Where do you call home? (I'm not asking for a precise coordinate set but country and region perhaps?) 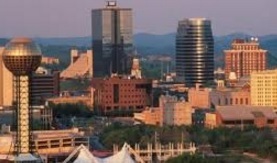 Since someone asked about in-game clothes, how about real life clothes? Have a favourite outfit?

Most of my time is spent in athletic shorts and a tshirt. As winter approaches, that plus a blanket. But if I'm getting out of the house for something I like to 'suit up'.

I take it you've played Runescape for a while, which leads to my question; A lot has changed over the last few years in Runescape, what would you say is the best and worst update?

So Shane asked about worst update, but the best update is probably the hardest question to answer. I've played since classic, so I really enjoy the updates that makes live easier. Just thinking about trading in classic was a nightmare...having to withdraw coins to trade without the withdraw-X feature was a nightmare.

So, from a quality of life perspective, the move to RS3 was the best update. More specifically, the EOC changes to how combat happens really made the game much more enjoyable for me. And then revolution came out, and made it that much better. All that to say, I can't really pick one specific one.

Hi, Foster,
There are a lot of questions posted already, so I just want to say, "Please tell us anything about yourself in game, or in real life that you want to pass along, because it interests you".

Such a big open ended question, MsK. I guess the "thing" that interests me, or really drives me the most is helping improve others. I've spent a lot of time volunteering and mentoring others. Probably one of my favorite things is taking a week off during the summer and investing in a summer camp for our church kids. I always leave them with one bit of advice: Be the change you want to see in the world. 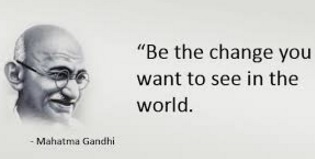 (MsK requests for IRL Photo, obligingly given! Thank you, sir!)

Over the few years you've been playing, is there anything you've learned in-game that you've implemented in your real life?

Easily the best life lesson I've learned in game is how to spot a scam, and when to walk away from it. It's probably an over simplicification, but the saying "if it's too good to be true, it probably is", but this has kept me safe both physically and financially on numerous occasions. 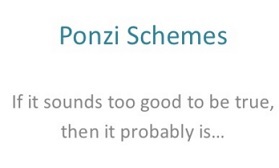 What is your one biggest regret in life and how have you learned from it?

The first memory that jumps into my mind most the time is that I never finished college. I was a few (about a semesters worth of credit hours) short at the time. I was rarely going to class or doing any of the course work and of course my GPA had dropped too low to go unnoticed. So I ended up having to meet reguarly with the dean of the engineering college. It was not fun, and I was a pretty angry person back then. Those meetings usually ended in a yelling match and concluded with a slammed door.

During the middle of that semester I find out he wouldn't be back for a year because he'd had a stroke. I was thrilled (before you judge me, remember this is a story of regret) that I wouldn't have to deal with my nemesis. So I continued doing anything and everything to avoid school.

Inevitable enough was enough, call it a drunken revelation, or just my spirit breaking, and that day I decied I wasn't going to keep enrolling just to neglect classes.So, I quit, just gave up. I dove head first into the darkest part of my life. I scraped by with very little interaction with friends or family for many months. When it came time to leave school, my friends and family welcomed me back despite my poor behavior. Given the chance I'd do it all very differently, but I've learned how powerful forgiveness is. Since that point in my life, I've tried to pay forward the same kindness that was given to me. 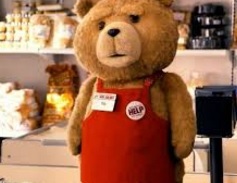 What is your biggest regret on RS? Again, how have you learnt from it?

No regrets. It's just a game :) Maybe all the XP waste? 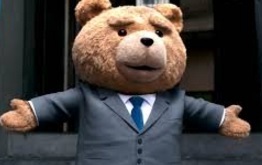 You mentioned about learning a few culinary skills. Do you have a favourite food?

I could eat steak for every meal... drools... I traveled to Buenos Aires, Argentina a few years back. Argentina has a reptuation for fresh, premium steak. 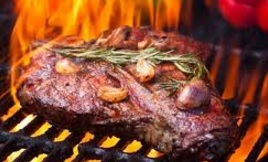 My buddy and I gorged ourselves for a week. We regretted ordering the 'steak for two' that was not steak, but instead blood sausage, entrails, and other assorted beef non-steak foodstuffs. Interestingly enough, I discovered my #2 favorite food on this trip. Too bad you didn't ask about my second favorite food, or I'd share that story. 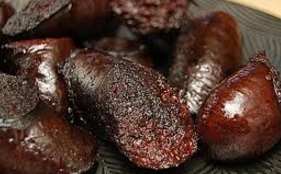 If we were to visit your state, what food and tourist spot would you recommend? Tell us more!

BBQ! Every city I've visited has several hole in the wall spots with great eats.

Would be great if you could share some good memories you hold on to after all these years? In game, as well as real life.

Answering all these questions has left me exhausted so hers's a short list of memories in no particular order: first kiss, first concert, my son being born, the passing of loved ones, learning to snowboard. 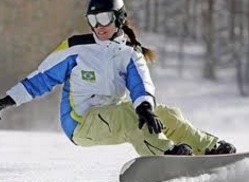 Thank you K3F for your time. It was a pleasure knowing more about you. All the best in your endeavours, keep on inspiring our next generation, it's heartwarming to know there are folks out there who care deeply.

"Scream and shout, get it out before it swallows you"

This is something new. Showcasing Runescape Music Videos (RSMVs).

RSMVs started in early 2006. Xgen2004 was the first player to make them. It's a combination of runescape footage and songs. Wonderful amalgamation, for our entertainment. In the early days, they were one of the most popular Runescape videos on youtube. This one is by Nyecko/ Snowballrox. I loved his "You Found Me" RSMV- back in the day, I would always come home and watch that RSMV to unwind.

His choice of songs were always mellow, slower and encouraging, compared to the plethora of RSMVs with pop and rock songs. This is not an exception. What's rare is that it has a storyline, encouraging himself to constantly improve and not give up.

Simple yet elegant, he doesn't use a lot of colour filters, complicated camera movements. Relying on his limited amount of emotes and his friends' help, he added various chroma keyed effects to make things more exciting.

He overcomes the limit of single player RSMVs- many MVs out there have tens of people syncing a single emote, creating epic scenes. Not this guy.

Great usage of single person scenes, not overediting and innovative use of limited emotes encourages newbies to start creating.