Featured Member (History)
July 2018
This person is such a noob, they had to be featured on the main page!

Kappathegray (aka Kappa) is one of the the original three founders of Clan Quest and a current Clan Councilor.

Notable as the RuneScape Guild's Head of High Council from February thru September of 2010, Kappa was known for being a friendly and sociable leader. After "real life" claimed a higher demand on his schedule, he resigned his position as Head, and took up an emeritus leadership position. He still maintains an infrequent playing schedule, but is an important, albeit subtle, character in the inner workings of Clan Quest.

Kappa's largest contribution to Clan Quest was the implementation of a single rule, "Real life before RuneScape." The rule plays a dramatic role on the culture of Clan Quest, and has retained its importance throughout the years since it was originally implemented. While Kappa acting as the clan leader, he recognized a need for understanding the reality of people's life obligations. While many game communities might require frequent and rigorous participation from its members, Kappa argued that this was unreasonable. People play games in their free time. If they have none, due to whatever circumstances, they shouldn't be penalized within the community. A person's ability to play a game, is not reflective of their ability to contribute to the community long term. Players who go on a sabbatical of inactivity might return to activity and be a valuable asset. This rule stopped players from being cast out on a whim, and continues to be one of the clan's most important unifying beliefs. Some have argued that this rule is responsible for the Clan's long-term success

For most people, when they initially read "Kappathegray" it isn't that hard to understand where part of the name comes from. That's right, Kappa is a huge Lord of the Rings fan and pays homage to Gandalf the Gray in his gamertag.

What most people won't know however, is where Kappa comes from. With a real last name of "Kappuzinski" (or something very close to that) Kappa is commonly referred to by a shortened form of his last name, "Kappa".

Kappa has met multiple clan members in person. Those pictured here include: Draziw, Earth, Sinistral, Vodka B, Rerecros, and Sugam 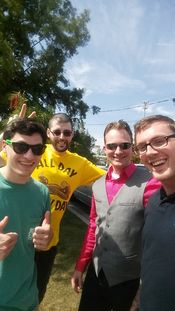 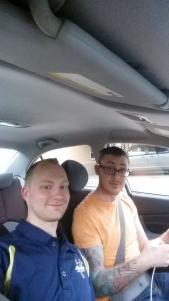 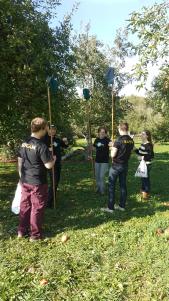 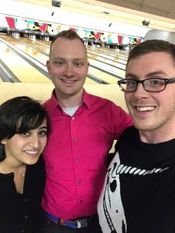 Kappathegray has played RuneScape for many years, beginning the game in 2004, and maintaining almost constant active play since. With in game achievements ranging from the Quest Cape and Task Master, to being almost maxed, he is an accomplished and knowledgeable player.