Former Member
This member is no longer part of Clan Quest, but this page is retained for historical purposes.

Hoods! I'm State Bird and I join Clan Quest the same day I submitted my application on May 30th, 2019. It did not take long for me to start saying hello and talking to everyone as I am quite the social butterfly! :P

I achieved my very own Quest Cape back on August 21st, 2016. It was my proudest moment ever in RuneScape and I continue to wear that cape in pride. Currently, I am working on a much larger goal, the Master Quest Cape. I am just a little over half way through this goal and will take me several months, if not a good year to finish that goal. Questing has always been my favorite aspect of the game and I enjoyed going on adventures, awaiting to see what happens next. Joining Clan Quest was no question in thought, I had to join!

I was previously the owner / and one of the leaders of the clan Wings of Gielinor.

Currently, I am associated with two groups in RuneScape I am happy to call family. One, being Clan Quest, and the other one being my warbands friend chat, Wbs United. I started warbands back in 2014 / 2015 along with Moobands. Moobands disbanded due to lost of 8 leaders in one night and I had to move on. After many other tries with friend chats, I currently reside in Wbs United as more of a laid back warbander. Over the years, I have checked gear, accept applications via the forums of RuneScape, scouted, guided and taught new players, anti (Pking) and even hosted waves. As of today, I typically attend the waves to loot from the camps, with a few helpful hand moments here and there. It's been years and I'm still not even 99 in all of those skills, it's finally time to help myself! :P 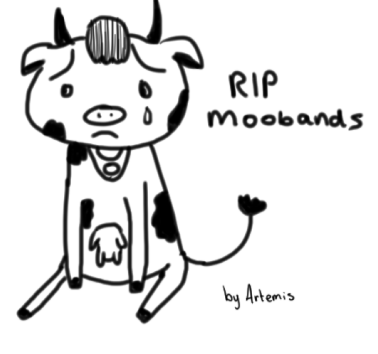 Just like RuneScape, I'm involved in a lot of things outside of the game. My real name is Chris, and if you look hard enough, my last name is in one of the pictures. :P I graduated high school in 2014 and worked a few places as a forklift driver. I became a driver for a company and drove for them for two years. Currently, I am a park ranger and was hired back in December.

I enjoy firefighting and have been with some fire department since I was 14 in 2009. I became interior qualified and able to put out house fires at the age of 18 in 2013 and boy was I itching for it! I remember my first day of class in senior year I was excused absent because I was at a fire that was dispatched 6 hours before school started. Leaving school to go on fires was the highlight because...well, I didn't like school, bwahaha. :P

I progressed with my firefighting and my certifications by taking many, many, erm, many, classes. I expanded my knowledge and learned after one rope class that, "Hey! I could be really good at this...", and so, I eventually became a rope rescue technician! Being a park ranger, I am certified in water rescue, rope rescue, forestry firefighting, vehicle rescue, and search in rescue. My newest goal within the real life world is to obtain my EMT (Emergency Medical Technician).

On my off-time on a nice cool day, you can see me on the side of a cliff / mountain. (Late fall / early winter because I don't like heat!) I am typically either rock climbing or climbing rope for sport. I enjoy the challenge and being crazy enough to climb vertical up a cliff. It's an amazing feeling when you push back from the wall in your harness and just sit there, looking down and seeing how far up you are. If you have any sort of rope or rope device questions, I most likely will know the answer and can help you. :)

You could say I'm an adrenaline junkie. I enjoy hiking, biking, and zip-lining as well. I like doing daring and dangerous things. I also really enjoy roller coasters and can't get enough of them! (Yes, I'm a really big kid!)

I also dab a bit in bowling and on a bowling league during the winter months.