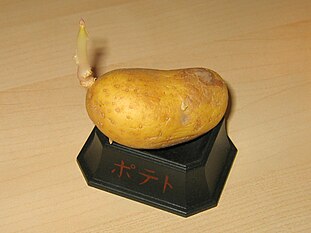 Potato, otherwise know as Idiotonastic, (Idiot on a stick), has been a member of Clan Quest since the 3rd of September 2015.

This individual was bought to the clan by their mother, Iskh, after leaving the PvM clan they ran to crumble to dust because of the obscene amount of drama that it contained.

Potatoes are generally relaxed and free spirited creatures who are more than happy to spend time teaching people what they can. If you want to learn a boss, not pro PiM learn a boss but just welfare it, potatoes are the best people to teach you.