Vylqwyn is an incredibly old elf and is a White Robes member of Cigam. His notable influence is creating the school of music within Cigam. 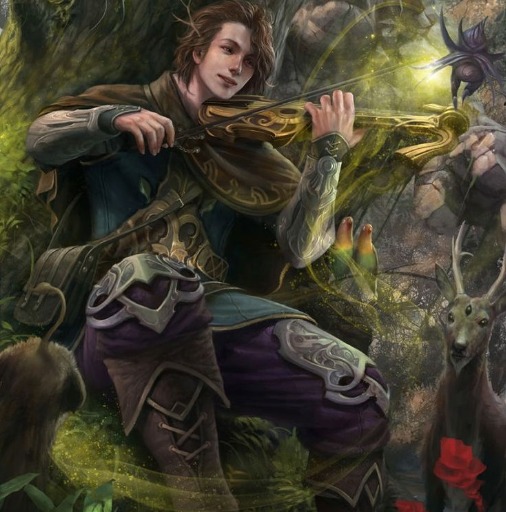 The party first met Vylqwyn at the Championship of Champions. He was entered into the performance competition where he brought the entire audience close to tears with an amazing show. He also aided the party in their final fight against two dragons in the combat encounters. The following day he asked the party for their aid in investigating a military compound that has stopped responding.

Vylqwyn then rendezvoused with the party in Strassburg where he told them to head into the archives under the library to find information that may be useful for them in the form of a mysterious book. It was here that he initiated everybody into the Cigam order as black robes.

Ivo communicated with Vylqwyn via a magic two-way parchment while searching for answers about his past in Little Rock. He was told to meet with Cane in Durmstrong for further answers.

Several months later, Vylqwyn met with The Stampede in their hotel suite in Emor. It was here that he told the party of the coming conflict involving the Gods and the danger they pose. He told the party that it may be up to them to unite the Kingdoms of this continent in preparation for war.