Lord Luman is the ruler of Strassburg, and is seen aas the leader of southern Emoria. 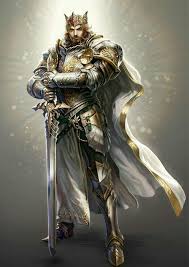 The party met Lord Luman for the first time near the end of their time in Strassburg. He promoted Evans to General and asked him to aid with increasing hostilities with the Gnomes to the south. He also hit Illy with a magic hammer that gave her the ability to speak fluent Gnomish.

He met the party again months later when they asked for his permission for the King of the Dwarven to stay in Strassburg if it was required. He gave the party his word that the King would be protected if he stayed.