Cane is incredibly old. He is the son of Groth and Naurel. 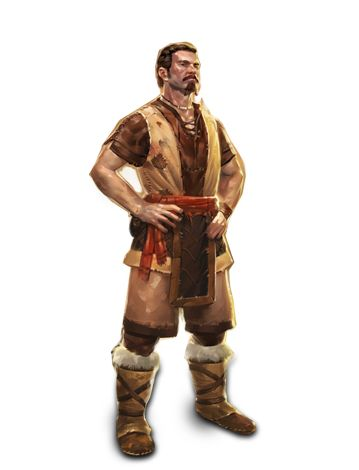 The party first learned of Cane through the magic God book they recovered from Telam. It seemed that a lot of their goals converged on the man known as Cane. In Little Rock, Vylqwyn informed them that Cane was on his way to Durmstrong, so the party should go there if they wished to see him. They party met him and he was able to answer many of their questions. He also told some of the party (Illy, Ivo and Javid) of their nature as Slayers; people who had the power to nullify the effects of magic. He also told them of a coming conflict, and the possible return of a God war. He wished for The Stampede to aid him, as their power of being a Slayer could help him greatly. He suggested they go through Cigam training in order to become more powerful.