Enoch Crimm, more commonly known as Enoch “the Champion,” Enoch “the Knocker,” or Enoch “the Brute,” is the current Emorian Champion and Head of the Praetorian Guard. Enoch is notable as a skilled field commander and combatant. 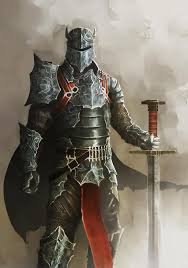 Enoch first appeared at the Championship of Champions in Loot. The final event of the tournament was a brawl against him. Evans, Javid and Ivo participated, but all were knocked unconscious by his power. Ivo however stayed standing thanks to his Immovable Rod. As a reward for staying on his feet he gave Ivo two Praetorian Coins bearing his seal.

The party did not see Enoch again until they travelled to Emor several months later. He left The Stampede tickets to the opera, and he met with Ivo and Illy in his home. It was here that he traded them an Amulet of Naurel in exchange for a Luman coin. He also left the advice that it waas better to ask favours from Praetotians, rather than accept a reward.