The 2021 Christmas Cook-Off was a 2021 event hosted by Darkestnight and part of the Advent Calendar 2021. A successor to the RS Food Cook Off, it was announced on December 1st, 2021 and ran throughout the entire Advent period, until the completed dishes were revealed on December 26th.

The recipe for this English-style Christmas cake was offered by Uptheirons05 and worked very well for a first time Christmas cake baker! It's also a decent one if you're trying to make a Christmas cake quickly in a matter of days or weeks. Traditionally, you bake it a few months in advance, add some brandy to it, then freeze it while it ages. 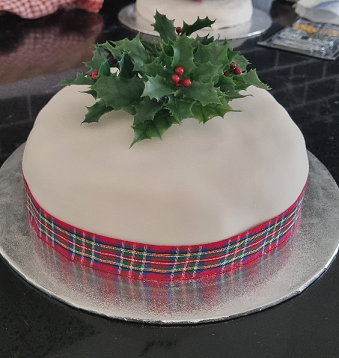 These ingredients are enough to create 4 to 5 latkes. If you want to create more, make sure to refresh your oil after each batch of 4-5 latkes.

Latkes are best when served immediately. I had them by themselves, but you can get creative if you want! You can reheat the latkes in the oven to make them crisp again, but make sure not to burn them.

The used oil shouldn't be disposed through the drain, but should be put in a heat-proof container and disposed off with the rest of your garbage.

For the chocolate filling:

For the sugar syrup: 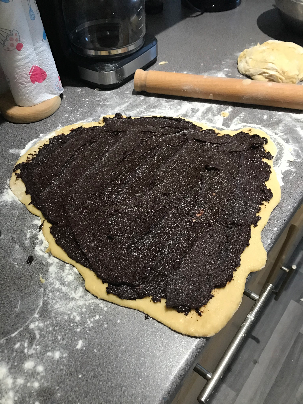 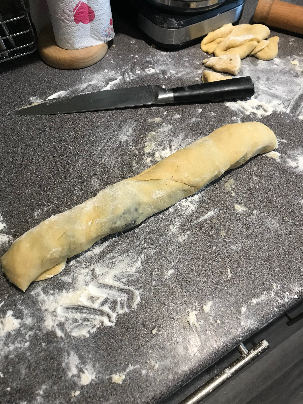 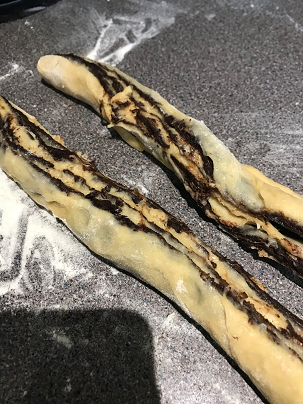 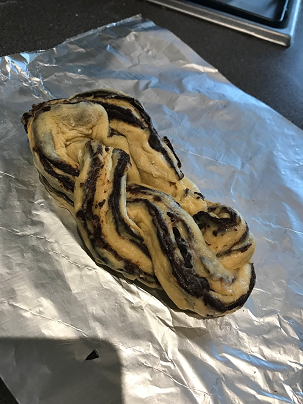 I found I had enough dough to make two loaves, and here were the results: 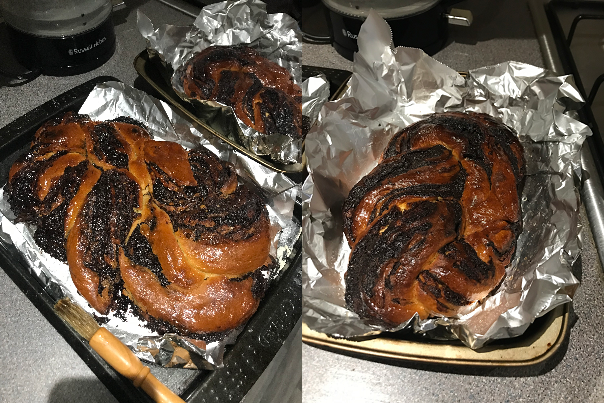 I brought the smaller of the two loaves into work with me where I can happily report it was all eaten! So there we have it, one recipe for Babka. But oho, what's this? Earlier on in the month our resident Hoodian Chef also made Babka, and also posted his personal recipe for it too! If you want to check out his recipe and how he got on with it, check it out here.

Before I sign off, please enjoy the handsome marble effect of the smaller loaf I made! Ciao! 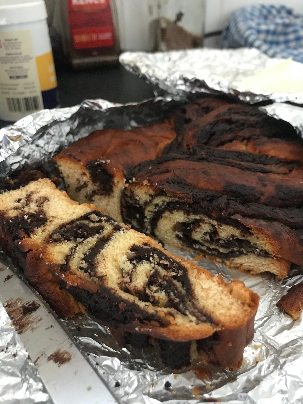 Fenn's Triple Nut Tea Cakes! Also known as "maybe I shouldn't have made all those emergency substitutions" Tea Cakes. This recipe contains blatant mixing of British and North American baking terms, as well as a good heaping of 1am desperation. 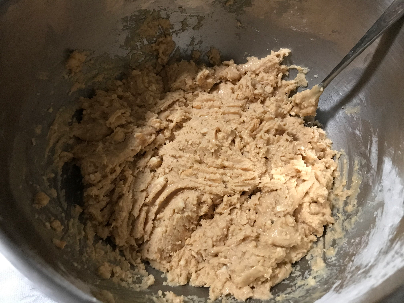 Texture's a bit oddly squishy, and they're very nutty, but the latter of those is far from a negative for me. On that note, this recipe is dedicated to a kid who once spent an entire summer eating nothing but peanut butter sandwiches. 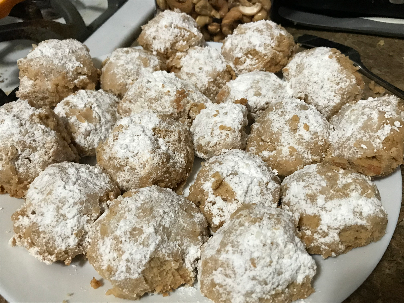 Rinse the outside of the Kabocha. Make a circular incision around the stalk - between 10 and 15cm in diameter, depending on the size of the squash. Remove the lid, and leave to one side. Scoop the seeds and the connecting pulp with a spoon. The seeds can be kept, dried, and roasted - they tended to be a bit too fibrous for my liking. Rub the outside with a small amount of olive oil and salt.